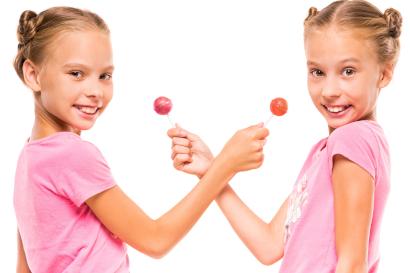 For kids and adults alike, there’s nothing like a mouth-watering lollipop! Choose from a variety of options like the #1 selling Yummy Lix®, Color Xploder™, or even Hot Pops.

Make up to 60% profit. Our gourmet lollipops are easy to sell at $1 each and have a fast turnaround. 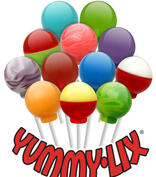 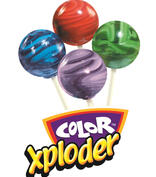 Designed to look like the surface of Jupiter, Color Xploder lollipops are out of this world. Available in a variety of wonderful yet mysterious fruity flavors, they contain no gluten, nut, shellfish, egg, or milk. 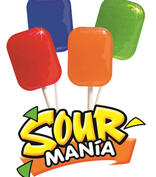 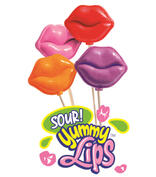 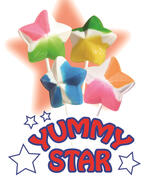 Yummy Star lollipops will add a burst of star power to your next fundraiser. These allergy-friendly treats are free of gluten, nuts, shellfish, eggs, and milk. Available in 6 delightful flavors. 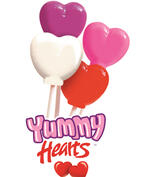 Yummy Hearts Lollipops are our #1 selling Valentine’s Day lollipop. A can’t-miss hit with that significant other. Available in 9 yummy flavors like Bubble Gum, Cherry Cheesecake, and Wild Cherry. 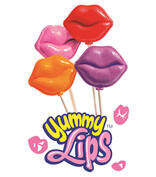 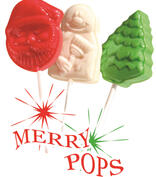 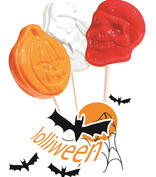 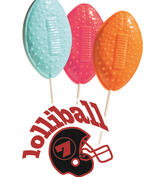 Score a victory with Lolliball lollipops. Whether fundraising for a youth sports league or high school team, our football shaped lollipops will help you reach your goal. Available in many colors and flavors. 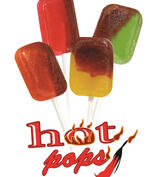 Hot Pops offer a unique blend of spicy and sour. Dipped in chili on one side and sour fruit on the other, they’ll take your taste buds on an exciting ride. Available in Orange, Pineapple, Green Apple, Lemon, and Watermelon.

Thank you so much for working with us on the lollipop fundraiser. It has been truly a real pleasure. You have been very helpful, patient and supportive when I have emailed or called. I also appreciate the prompt responses in doing so. I am looking forward to working with you again in the future and will certainly give grand recommendations to you with those I come in contact with. You have been awesome.

Kids love the lollipops and always bring money to buy them. We are doing great with sales and have been able to do somethings for people in need because of it.

This is our second year purchasing lollipops from your company. The students really enjoy the different taste and varieties of lollipops. We are making plans to make a second purchase after the Christmas holidays. So far so good. Thanks for the excellent timing of sending out the orders. It was a very quick turn around with receiving the lollipops. Continue the great customer service!

We love the lollipops we ordered from you. Love the flavor 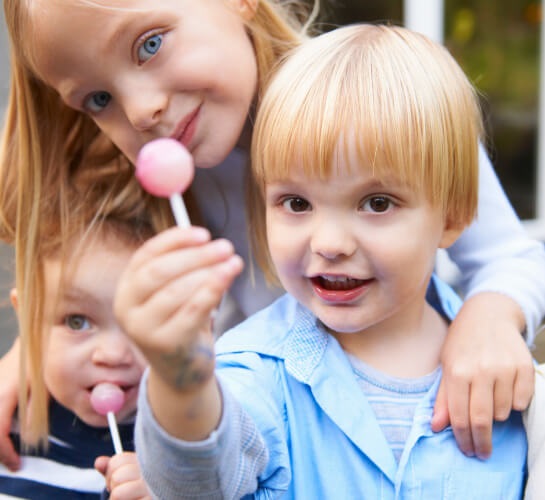 How Does a Lollipop Fundraiser Work?

A lollipop fundraiser is one of the fastest and easiest ways to raise money. We all love them and everyone can afford to buy one.

Many groups sell lollipops around a special event or theme. Yummy Hearts are great for Valentine’s Day. Lolliween pops are the perfect Halloween treat. And since Lolliball lollipops are football shaped, you can sell them at a football game.

If you need to know how much to order, our ‘Calculate Your Profit’ web-tool will come in handy. From any lollipop page, enter your group size and student goal.

We accept purchase orders so there is no up-front payment required. Payment is due within 15 days of product delivery. This will give you time to sell your lollipops and collect the money.

Your profit is the difference between what you collect and your invoice. 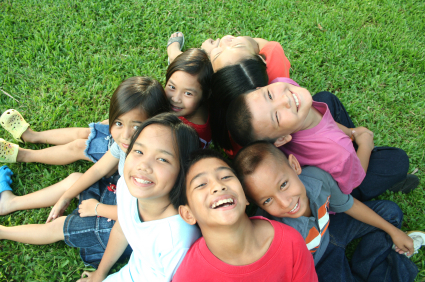 Why Our Lollipop Fundraiser?

Questions
Questions
What is the top selling lollipop?
Answer

The lollipop with the most sales is the Yummy Lix® lollipop fundraiser.

Lollipops that may contain gluten have special fillings like bubblegum. But, all our lollipops are gluten free. They also do not contain nuts or eggs.

Questions
How much do lollipops cost?
Answer

Questions
What ingredients are in lollipops?
Answer

Questions
How many calories do lollipops have?
Answer

Yummy Lix® contains 110 calories per lollipop and no calories from fat.

Questions
Can we custom order lollipops by flavor?
Answer

No. All lollipops already come with their own pre-packaged flavors.

Questions
What are the most popular lollipop flavors?
Answer

Some of the favorites include cotton candy, watermelon, pink lemonade and blue raspberry. 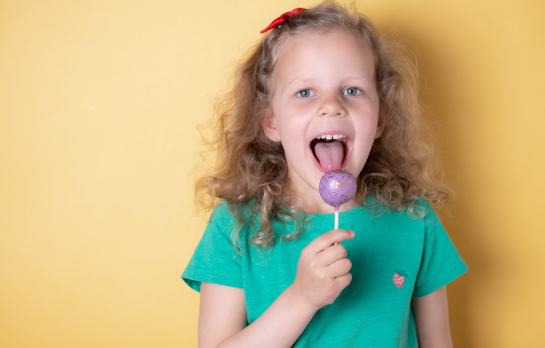 It can be hard to pick a product for your school, and even harder when there are so many flavors within that one product. Lollipop fundraisers are one of the most popular options for schools. They offer a vast selection of flavors for every age group and occasion.

Out of the $483 million in hard candy sales each year, the top two lollipop companies claim $55 million alone. It’s clear that they’re popular, and will not likely go away, but where exactly did they come from to begin with?

References of our beloved candy-on-a-stick can be traced back to ancient Egypt. People candied nuts and dried fruits with honey on sticks. The English then stirred rods into boiled down sugar. This created a closer version to the modern lollipop. The first ones that made their way into the American market are rumored to have been soft candy.

And speaking of rumors, nobody seems to know where the name “lollipop” originated. Some say it was in the streets of London because of the direct translation to the phrase “tongue slap.” Others say it was named after the famed American racehorse, “Lolly Pop”.

Now lollipops are everywhere—from banks to hospitals, and school fundraisers. We can all agree that the most exciting part of visiting the bank with your parents as a child was the lollipop.

Sometimes, they’re even used to deliver medicine to kids. Walk down the vitamin aisle and you'll notice the lollipops. They've even breached the world of health and nutrition. The most popular vitamin brands now sell lollipops loaded with daily multivitamins.

Why Choose a Lollipop Fundraiser

Over time, lollipops have become quintessential to the American childhood. Whether it was during summer camp or after school clubs, they were everywhere - and for good reason. With lots of flavors, shapes, sizes, and colors, they're great for any special event or holiday.

Lollipops work well because of the excitement and nostalgia built around them. And while they may be most enticing to a younger market, their appeal knows no age limit.

The most successful lollipop fundraiser happens around the holidays—especially Valentine’s Day. Heart-shaped cherry and strawberry lollipops are a given on this day. Consider combining these with small cards and selling them as a bundle.

Yummy Lix® lollipops profit $320 a case with the suggested selling price of $1 a pop. but you can profit up to $320 if bought in bulk to meet your school fundraising needs.

Or perhaps you want to raise money at a sporting event. This is where you’ll need the Lolliball lollipops, which come in 6 football-shaped flavors.

Some of the zanier flavors include Banana Split, Pomegranate and Strawberry Cream. A good variety and assortment of flavors is sure to create excitement and enthusiasm. You'll also want to encourage the purchase of multiple lollipops. Because who can choose just one?

How to Maximize Your Lollipop Sale
Why Schools Keep Selling Lollipops
Keep Your Fundraiser Sweet
Fort Worth elementary school loves everything about selling lollipops for their fundraiser.
Texas elementary school PTA loves the large assortment of lollipops flavors they ordered.
Kids love the lollipops. Great service from the company. Great product.
Thank you so much for working with us on the lollipop fundraiser. It has been a real pleasure.
This is our 2nd year purchasing lollipops from you. Continue the great customer service.

How to Maximize Your Lollipop Fundraiser

By Clay Boggess on Apr 30, 2014
Learn ordering tips, what lollipops might work for your group, and the best way to sell them.

Why a Lollipop Fundraiser Makes Good Sense for Schools

By Clay Boggess on Apr 8, 2014
Learn 4 reasons why schools who try other fundraisers eventually come back to lollipops.
Subscribe to Lollipop Fundraiser