Best Fundraiser Tips: How to Get Money Turned in Quickly

How to make collecting fundraising money a quick and smooth experience

In the early days of catalog fundraising, schools had students gather orders up front, then collect money on the back-end when they delivered the items. One could imagine the issues that ensued. Many people would change their mind and decide they didn’t want the item after all, leaving the student to return the unwanted products back to the school. The school would then return it to the company for a refund.

Worse, lots of students would go ahead and deliver the item to those who promised to make payment at some later date. Not a big deal? Just think about the thousands of profit dollars that were lost because of having to deal with returns. And chasing down money after the fact became a horrible burden.

Elementary schools were enticed with the thousands of dollars they were able to initially collect “on paper”. The problem was they were still trying to collect money from people months later. This doesn’t even account for the money lost in returns. School fundraising companies were successful in convincing schools to collect money after the merchandise arrived because of all the orders that could be generated.

Collecting money when delivering the item to the customer worked better for the company than it did for the school. Companies understood that schools were under obligation to pay the inflated invoice. At the same time, schools were fearful that if they decided to instead collect money up front with the order, it would ultimately hurt their sale. They felt people would not want to order and pay up front based solely on what they saw in the brochure.

But like anything else, if both sides don’t benefit, the system will soon fail. In other words, there has to be a “win-win”. So the main reason for the shift to collecting money up front with the order was that schools grew tired of chasing down money afterwards. It was either that, or find another way to raise money.

This forced fundraiser companies to oblige. The companies that saw this coming began convincing schools on the benefits of collecting money up front. It didn’t take long for everyone to make the switch. Pre-collect sales turned out to be much easier to run. Plus, schools didn’t have to deal with lost profit due to the return of unsold merchandise.

It wasn’t long before most companies jumped on board and the pre-collect method became the standard for the industry. As a result, very few groups still use the post-collect method.

Learn how to make catalog sales profitable and easy to run

Here are 3 opportunities that you’ll have to communicate with your students about the importance of collecting money at the same time as the initial order. This will help ensure that money is turned in quickly once the sale is over.

1. At the Kickoff Assembly

The fundraiser kickoff is not just supposed to be fun and exciting. It’s also about ensuring that students understand the selling process. This is where you want to start reinforcing the idea of collecting money with the order. Once you’ve explained how you want them to collect the money, consider asking questions like, “So when do we start collecting the money?” and “When is the money due?” If you don’t hear a unanimous response back from everyone in the audience, then repeat the process and ask your questions again in a different way.

Another idea is to use a little reverse psychology by asking, “Is it ok to not collect the money up front with the order?” By the way, this is also a good time to reinforce who checks need to be written out to. Most companies require checks to be made out to your school group name.

Learn how to prepare for a school fundraiser kickoff

You’re announcing your fundraiser on a daily basis, right? Then make sure you reinforce what you've gone over at your kickoff about when money needs to be collected. Constantly remind your students about this as well as when the turn-in date will be.

3. Prior to Money Turn In Day

And don’t forget your parents. Emphasize the on-time turn in of money and order forms with them as well. We provide schools with a personalized fundraiser information letter that initially goes home in each student’s packet.

However, it don't hurt to send home an additional reminder just before the sale ends as well. Make sure and state that money must be collected up front with the orders and is to be turned in by the due date. We automatically provide this notice inside your school fundraising guidebook in both English and Spanish.

Both students and parents need to know how serious you are about experiencing a quick and orderly money collection process. This will ensure that everything stays on schedule while helping to make your life so much easier. 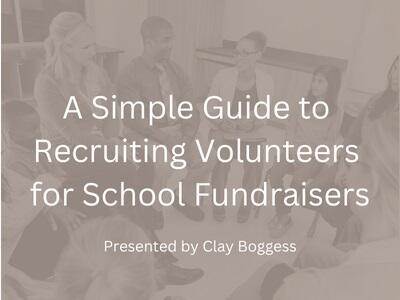 A Simple Guide to Recruiting…

Discover how to recruit volunteers, examples of volunteer roles, and why you should be recruiting them. 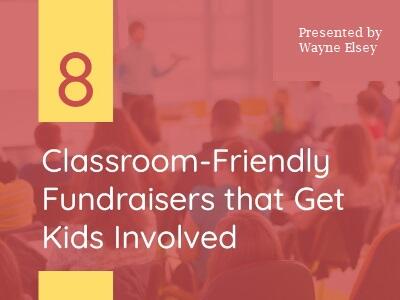 How to keep your fundraising strategies student-centered to help teach them important social lessons. 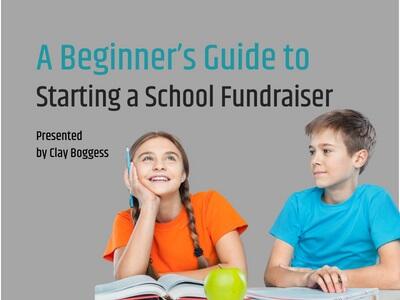 A Beginner’s Guide to…