Can School Fundraisers Really Be Risk-Free?

Why fundraising success and risk are co-dependent

Unfortunately, sometimes we don’t think about the downsides to the decisions we make. We get excited about the benefits and ignore the risks. In reality, everything in life has both, including school fundraisers.

A good example is the classic home warranty. We understand why they’re needed. They help pay for those unforeseen major expenses that can sneak up on us when we least expect it. Like replacing an air conditioner or electrical circuit breaker panel.

Yes, we have to pay for the service but most don’t read the fine print. People are only willing to pay for the apparent security the warranty brings. That is until they find out what’s not covered.

When you sign up for something you believe you’re getting something else in return. But unfortunately many don’t read the fine print. For instance, a sponsor may only focus on how much people are going to love buying their product.

But are they asking the right questions up front? Everyone wants the upside without the potential downside. We anticipate something in exchange for nothing in return. We want bank loans that require no money down. Losing weight by popping a pill is an expectation. Yet we’re not willing to eat right and exercise.

So to, sponsors assume fundraisers will make them money without any problems. After all, no one wants surprises.

With that said, is risk-free school fundraising still possible?

Companies spend a lot of time and money telling us the benefits without the risks. How their programs are easy, come with no obligation, and are guaranteed to work. Just search the internet. Does any company ever explain the drawbacks? Not up front. When attempting to win schools over, they only want to put their best foot forward.

Isn’t that try with anything though? When 2 people initially meet, they only present their best sides. Companies are no different. They’ll share their best references. You’ll never hear the horror stories. Those that do the best job conveying their positives usually get the business.

But, if you’re an experienced sponsor you know better. They already understand things don’t always go like clockwork. Murphy is just around the corner. So if something sounds too good to be true, fasten your seat-belt.

The goal of every good company is to offer programs that are as easy to run and effective as possible. They're goal is to fulfill the initial positive perceptions and expectations. There's a reason the school decided to work with them over their competitors.

Principled companies hate unexpected surprises. If a group doesn't understand how much they have to sell to receive free shipping, that's on the company. If they know this up front and don't like it, they're free to walk away.

At the same time, it’s the school's job to be clear about what they expect before they enter into the relationship.

For example, if you expect your parent letters to be bilingual, communicate that up front. Don't assume you'll receive the same because you saw one somewhere on the company's website.

If all you hear from a company is that there are no obligations, run as far away as you can.

We should all know better. Nothing is free from the possibility of failure. If you’re suspicious, listen to your hunch and walk away from the deal. More than likely you'll be better off in the end.

You should actually want to work with a company that's had to deal with solving problems. That's the only way we learn. Good companies adapt and evolve. Thus, they install systems to prevent undesirable things from happening again.

For instance, our free shipping policy is on our website and agreement forms. But we still got complaints from a few groups who fell short and received the extra fee. We then added the wording and information links to our 'agreement letters'.

We also now contact smaller groups with under 25 students before we send over our agreement. If we don't hear back from the sponsor we move on.

It's better to have committed sponsors who know what they need to do than to only get the business. Quality always trumps quantity in this case.

Successful fundraising companies have systems in place for everything they do. They have examined the pros and cons of every implemented policy.

But it doesn't stop there. There’s always room for improvement. This can only happen through overcoming adversity. Any company that tells you otherwise hasn't worked with that many schools.

So too, this is how successful sponsors operate as well.

Everything Comes with a Price

The famous old adage that says ‘nothing is free’ definitely applies. Unfortunately, you can’t complete a task, let alone achieve success, without work or risk.

Anything worthwhile has the risk of failure associated with it. If you’re told that you don’t have anything to lose, then expect little gain. Be leery of companies that make such empty promises.

We want our customers to understand everything they'll encounter before they sign up. If there are any surprises along the way, we most likely lost that customer the next time.

What companies are forgetting is everything comes with a cost. People are willing to pay a little more for something if they know they'll get the same in return.

The greatest risk schools take is not by choosing a particular company. They don't take the time to learn the right questions to ask to begin with.

Learn why successful school fundraisers invest in their sale 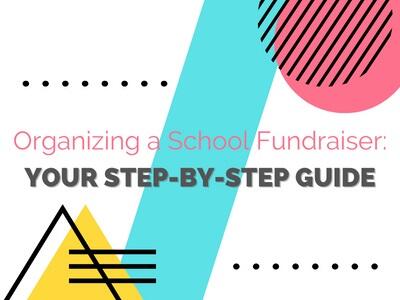 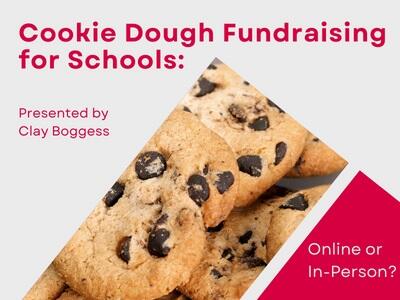 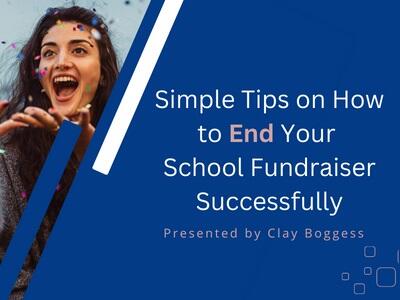