Should High School Fundraising Be Optional?

Can you make your students fundraise?

No one should be required to do an activity, right? Anything that’s forced upon us may feel unwanted and intrusive. We often tell schools that we give everyone the opportunity to fundraise and it’s “ok” if they don’t. We want them to feel we’re somehow being noble. We’re giving everyone an equal chance because we’re a team player.

Sponsors often know in advance who they think will sell and who won’t. They may tell us to only provide supplies for a certain percentage of their students. But we always tell them no. High school fundraising is a ‘numbers game’.

So all hands on deck. The more students that get the sales information the better. Everyone needs to have the opportunity to sell. Going in, we understand that some money will be wasted on supplies. But what if these students end up selling after all? Perhaps we can convince them to get off the fence.

But should fundraising be optional? Most people understand the 80/20 rule. This is where 20% of the students will end up doing 80% of the work. Is this fair? Of course most would say no. But it’s a fact of life with most everything.

We get it. Students shouldn’t be forced to make sales. Many parents have strong feelings about why our tax dollars aren’t paying for a lot of this stuff. Some feel that students are being exploited for money.

But let’s get over it. The fact remains that schools and groups are strapped for cash. Do they have a choice? Of course not. Most groups can’t function without extra funding. Most parents want their students to gain a full and enriching experience. Activities clearly don’t happen without money.

Sponsors often help determine whether their students end up participating or not.

Even though money is needed for the group to function, they certainly can’t make members sell. Some are grateful for whatever comes in. Fundraising is strictly optional, “so do whatever you can” is the battle cry. This type of sponsor will sometimes make it clear. If we don’t have the money we’ll cut out certain events.

They’re putting all the responsibility for how the group functions on the students. The problem is, if given the option, many don’t end up selling. Why should they? That is, unless they buy into the group’s mission.

Other sponsors require their students to raise money to be a part of the group. They make it crystal clear from the start. Membership requires that every student support its financial goals. Selling is one of several commitments students must make. If they want to be a part then they have to contribute.

Sometimes things get political. Some students may feel obligated to sell for ulterior motives. It may come in the form of increased privileges and special group benefits. For example, more playing time on a team.

Selling the need is yet another approach. Focusing on the fundraising need and what the benefits are to having the money is important. What’s in it for the students? Many will jump on board, but some may not without employing other strategies.

A band that’s attempting to pay for a trip to Florida can say each student needs to raise “x” amount by “y” date. But most sponsors will also give students the option to have their parents write a check. Yet some families can’t afford to do this so fundraising becomes the only option.

But a group that meets once a week on a voluntary basis is completely different. They may have an occasional special event and don’t have much of a financial obligation.

Many recreational leagues need payment up front for things like uniforms and equipment. Their registration packet may include purchasing a product.

This is often done with discount cards. The parent pay’s up front for a set number of cards along with their other fees. If they choose to sell the cards, they can pay themselves back.

This is especially important with smaller groups. Many companies require a certain number of items be ordered to receive free shipping. Since money is hard to come by, sponsors may decide if it makes sense to work with the company.

For example, say a group has 20 members and they’re interested in a cookie dough fundraiser. Shipping frozen food is expensive. So the group must hit a certain number to avoid any shipping costs.

To keep as much profit as possible, sponsors may require a certain number of sales per member.

Why not let your students take ownership of their group? Some sponsors leave it up to their students to decide whether to participate. They feel that ultimately, the students must make their own choice. Thus participation is based on a commitment to the group's fundraiser goals.

They encourage sales by explaining how the money will benefit their members directly. Or they may simply offer incentives for selling. The ability to fundraise is largely based on group unification and seller motivation.

A few sponsors will even have the students choose the type of fundraiser. This way there is more obligation to get involved.

Some parents can afford to simply write a check and not have their students sell at all. Should it matter that these students don't take part? Does it say anything about their commitment level? An argument can probably be made either way. But many parents have the luxury to pay and their children are deeply dedicated.

So, should high school fundraising be a choice or a need? Some may wonder which approach best helps the group reach its financial objectives. In the end, it usually depends on what the sponsor feels comfortable with. And of course what they feel will work best for their group. 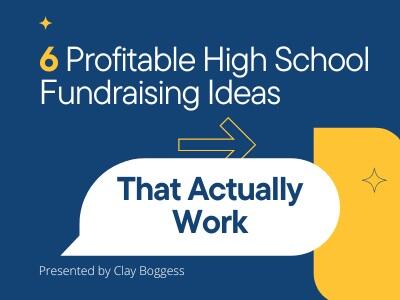 For a fundraiser to be considered a success, it needs to be profitable. Learn what really works. 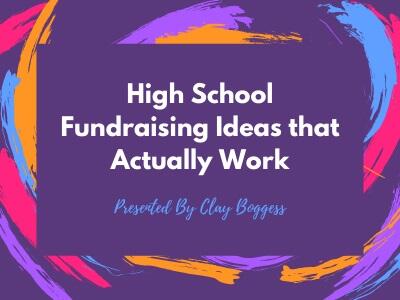 Understand why some high school groups succeed while others fail to reach their fundraising goal. 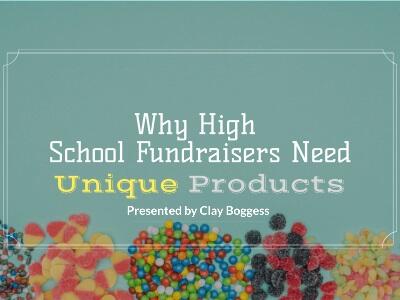