then
Scroll down and select
"Add to Home Screen"
for quick access.

The #1 Fall Fundraising Debate: Should Your School Go First?

Learn the pros and cons of back-to-school sales

Our top selling school consistently raises around $100,000 every year with their catalog fundraiser. The assistant principal who’s in charge of running and promoting it is very proud of the fact that they are the first school in their community out selling.

She tells her students that they can be confident that everyone that they approach will not have already seen a brochure yet from another school. And she probably has a very valid point. Her students take her for her word and the results speak for themselves.

But aren’t you somewhat taken back when your child comes home from their first day of school and you look inside their backpack and what do you find? A fall fundraising packet? You haven’t even begun to deal with the school routine and you're already being asked to sell.

The question that schools ask us is, “Should we try to be the first school in our community to sell, or wait until the dust clears and have a sale closer to the holidays?” As it turns out, there are advantages and disadvantages to both options.

To help shed some light on this debate, here are some things to think about if you haven’t decided on a kickoff date.

Since many schools are close to other competing schools, the prevailing thought is to attempt to be the first one out in the community. If people haven’t been approached yet, chances are they'll be more likely to buy if you’re the first to approach them. And since it’s the beginning of the school year, both students and parents are apt to feel more refreshed and willing to get out and sell.

Still another thought is that academics haven’t really had a chance to get under way yet. Many parents have grown to expect early fall fundraisers, and as long as they know this is not the first of many, they're probably ok with the idea of supporting their local school. After all, the sooner you finish your sale, the sooner you can start putting the money to work.

See 4 Reasons to Fundraising During the Fall

The Benefit of a Pre-Holiday Sale

Being the first school to sell in your community is easier said than done. Lo and behold, you’re excited because you think your school will be the first group out there. Then, two days before your sale is scheduled to start you receive devastating news. The school down the street has already started their fundraiser and worse, their selling something similar to what you’re planning to sell. Your sale ends up tanking because your community already purchased items from the other school. Lesson learned. You’ll never do that again right?

There is fierce competition at the beginning of the school year because everyone is thinking the same thing. Be the first school out there and you’ll make more sales. According to AFRDS, an independent trade association devoted exclusively to the product fundraising industry, you’re not alone in your thinking. 7 out of 10 schools believe that the most profitable school-wide sales campaigns take place between August and October.

But are there actually disadvantages to starting your sale at the beginning of the school year? We’ve already touched on this point earlier. The fact is, people are already in the process of switching from a more relaxed summer break mode back into a more hectic school schedule. If you add a school sale to their plate, it may just be too much too soon. Many groups feel that it’s just too hard because people are adjusting to other challenges that going back to school brings.

There is also additional financial burdens that schools place on parents at the beginning of the school year. In addition to buying new clothes, many schools require parents to buy a checklist of classroom supplies. And now you want to throw a school fundraiser into the mix?

Chances are good that a lot of people have already been approached to buy, regardless. We haven’t even considered the fact that several year-around schools as well as private schools have already completed their sales anyway. Many of these schools start their campaign in July.

Think about all of the different types of school fundraising groups that are out there. If you’re an elementary school, you have to consider when your feeder schools are selling. Your middle schools, as well as the many groups from the high school are out raising money as well. This is where knowing what other groups in your area are already selling is vital. You always want to strive to promote a product that no one else is offering.

Thus, many schools have found that delaying the start of their fundraiser makes more sense. Some believe that by starting closer to the holidays, people will be thinking more about holiday shopping anyway. This is where selling a seasonal shopper or a pies brochure may make more sense for some. Just as important however, is limiting the number of sales you have as much as possible.

As you can see, there’s no easy solution. You just need to do the research for your specific area. All cities and towns pose their own unique challenges. As a result, many schools settle for the middle ground and kickoff their sale around mid to late September.

When have you found to be the best time to start your sale?

Learn about our school fundraising products 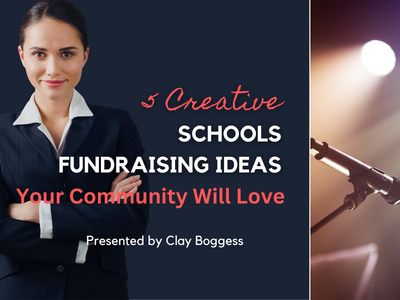 Try something new and refreshing with these fun and creative fundraising ideas for schools. 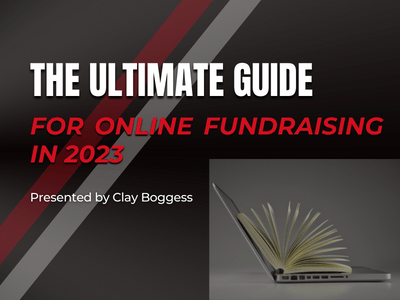 The Ultimate Guide for Online…

See how virtual fundraising events can reach audiences far beyond what an in-person event can.

A Crash Course in Sorority…

Explore how to elevate your philanthropic initiatives to help your chapter make a difference.