When more product choices can work against you

We recently spoke to a sponsor for a cheerleader group who wanted to sell both our pie brochure along with one of our variety frozen food fundraisers. She figured that people probably couldn’t get too much of a good thing. It was reasonable to assume that if customers didn’t want a pie they could always buy a pizza, or better yet both.

However, at what point does offering more choices start to become counterproductive? In other words, there’s a point when offering too many items won’t make you more money. In fact, in some situations offering fewer items can be an advantage.

Here are 4 reasons why fundraiser groups should think twice about offering multiple brochures.

You don’t want to put too much on your sellers plates. Instead, you want to keep things simple for them so they can focus on making sales. If you want variety, choose a single brochure that offers enough choices. Students who are asked to sell multiple brochures are forced to juggle as they’re attempting to make a good impression on the buyer.

Think about it. Your students have a limited time to make a good first impression. If they have to approach potential buyers with more than one catalog people may think that the interaction will take more time. So if your students have a lot of items in their sales bag, watch out for the response. More is definitely not better in this case.

Harder on the Sponsor

Don’t make your life any more difficult than it has to be. There are times when sponsors need to refer back to the brochure after the sale to cross-reference any paperwork received from the company. One example is if a customer accidentally wrote down the wrong item number on the order form and the incorrect item is received. Can you imagine having to comb through multiple brochures? To make matters worse, most brochures don’t present item numbers in numerical order.

Do You Really Make More Money?

It seems logical enough. Offer more choices and your sales will go up. Not so fast. Let’s look at our cheer sponsor as a good example. After talking to her more, she realized that she would be better off concentrating her efforts on selling pies before Thanksgiving. This is the perfect fundraiser this time of year.

This would allow her to build a theme for her sale by becoming the only group selling pies. By focusing on a single brochure she would also streamline her efforts while making life easier on herself. As a result, she’d probably end up selling more because she’ll made her fundraiser more efficient and effective.

At the end of the day, our cheerleader sponsor decided to focus on selling pies before Thanksgiving and then come back and offer people the variety frozen food shopper in the spring. We feel that she made the right choice. 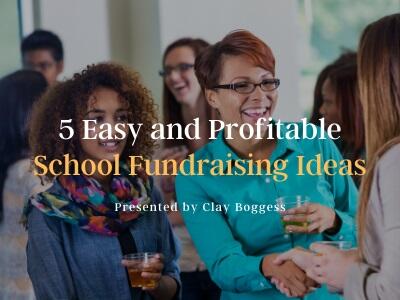 Finding the right fundraiser for your school is often difficult. Learn why it doesn't have to be. 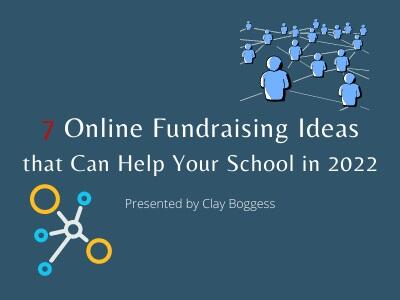 Learn the advantages of online fundraising for schools along with ideas to help you get started. 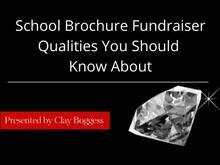 Why selling items out of a brochure may be a better choice for your school or group.