3 Ways to Graduate Up to a Big Event Fundraising Program

How schools qualify for a big event prize program

A while back we were contacted by a school that wanted to use our big event magic show as their prize program for their upcoming fundraiser. Discouragement set in once they learned how much they had to sell to get it for free.

They were a new school in a young and upcoming neighborhood that was adding grades each year so their student population at the time was only about 250. Without pursuing it any further, they moved on. As it turns out, this school had 3 ways to graduate up from a traditional prize plan to a big event fundraising prize program:

Schools can to qualify for a free big event if they reach a predetermined fundraising goal. If they fall short, they simply make up the difference with our prorated cost share plan. We call this 'Option A'. The closer they get to the goal, the less money they have to pay. Also, if they have to share in the cost to bring in the event, they simply pay for it out of the money that has already been collected from their fundraiser. As a result, they don’t have to take the money from another source. Regardless of their sales results, the students that meet their individual sales goal get a big event. Most schools that select this option are fairly confident they'll reach or exceed the goal that earns them a free event based on previous sales with a traditional.

2. Sell Enough to Graduate Up to the Big Event

The second option allows a school to graduate up to a big event fundraising prize program after starting on a traditional prize program. This is commonly referred to as 'Option B'. Consequently, they start out on a traditional plan and if their school reaches the level that earns them a free event, they simply switch. Most schools that choose this route are perhaps less confident they'll reach the goal so they take a more conservative approach. The downside to this option is if a school falls short, they then settle for the traditional prize program.

3. Get the Big Event No Matter What

The third option is called ‘changing your mind’. In other words, a school that initially starts on a traditional incentive plan can switch to a big event prize program, even if they fall short of the sales goal. In other words, it doesn't matter how much they sell. They're still allowed to bring in the event, regardless. They would simply cost-share based on their sales. This option works well when a school ends up selling more than they expected and realizes they only have to pay out a small amount to bring in the event.

How to Forecast Your Sales Outcome

If you’re not sure where your sales will end up, here is a simple way to do the math:

The individual student goal for a magic or reptile show is 5 items. The super party and super splash party requires students to sell at least 8 items. These calculations will give you a fairly close estimate. Keep in mind that some students may not sell, while others will reach even higher prize levels. You'll also want to avoid comparing previous results to what you think you might sell with a big event incentive plan because they may be very different. 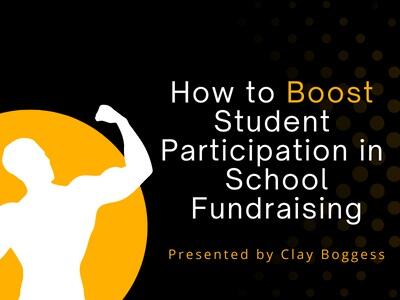 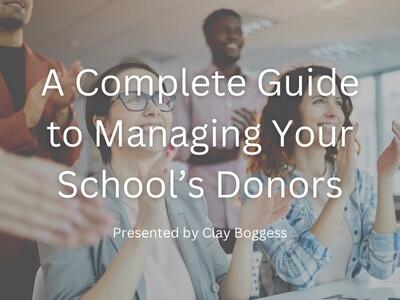 A Complete Guide to Managing…

Learn why communication and appreciation are important and how to best manage the donor process. 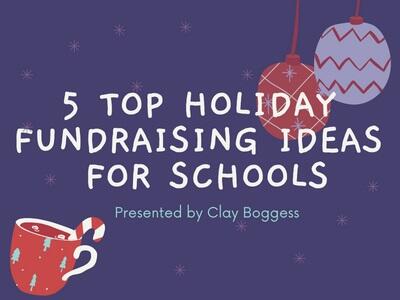 Capitalize on the holidays by using fundraisers that double as gift-buying opportunities for your donors.